As an Amazon Associate, we earn commisions from qualifying purchases.

One of the main issues that a lot of gamers are facing nowadays is definitely screen tearing. This can sometimes break the immersion if your computer is capable of more than 60 Hz gameplay, and your monitor is locked at that value. Not having the same video speed and refresh rate can be a problem, which will disrupt the overall quality of the experience. That’s why technologies like FreeSync and G-Sync are here to solve issues like screen tearing, and they do an outstanding job at it.

What is screen tearing?

At its core, screen tearing is a visual artifact that appears in video displays. The idea is a display device is showing information that comes from multiple frames in just a single draw. That artifact breaks the immersion, and it makes the experience less appealing. With that in mind, the artifact tends to occur when the video feed is not in sync with your display’s refresh rate. Things like non-matching refresh rates might cause this. Either that, or it can very well appear due to the lack of sync between two frames that should be equal in the first place.

The screen tearing problem is not something new. It can appear with most video cards and monitors, and you can spot it in the case of horizontally moving visuals like the slow camera pans found in a movie or side-scrolling games. Going for a higher refresh rate display can usually solve the issue, but every situation might have its own resolution

What Is V-Sync? How does it work?

V-Sync(vertical synchronization) is a graphics technology that’s used to sync the framerate of your game to the monitor’s refresh rate. Once you sync that, it helps provide you with better and smoother gameplay. The synchronization is necessary at times, especially when it comes to graphics-heavy 3D games. While screen tearing is less noticeable when you perform office tasks, the truth is that it can end up being problematic in the case of games where accuracy is key.

It works because it sets an FPS cap and maintains proper syncing between the graphics card and monitor. V-Sync will prevent the GPU from interacting with the memory until the monitor finishes the refresh cycle. However, the fact that you have an FPS cap doesn’t really help the higher-end PCs.  That’s why many people don’t like using V-Sync in the first place, so try to keep that in mind. Both AMD and Nvidia have two different solutions to this problem called Adaptive VSync( known as dynamic refresh rates). 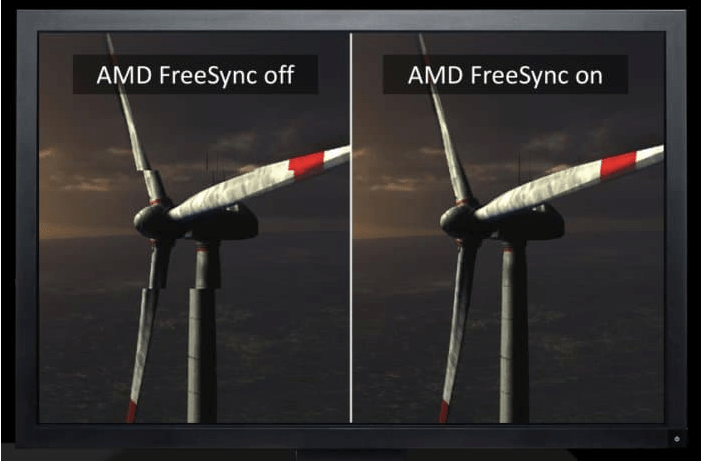 FreeSync is a technology that syncs the monitor’s refresh rate with the GPU’s output. Timing leads to screen tearing problems and artifacts. You want to have FreeSync enabled because the monitor will refresh the screen dynamically based on the framerate of the game. This means your Hz value will be in line with the GPU output.

If your computer can do 144 Hz and the display works very well at that value, then everything will be kept at that level. AMD created FreeSync, so you will need one of their graphics cards. And yes, you will also need a monitor that’s compatible with this feature. 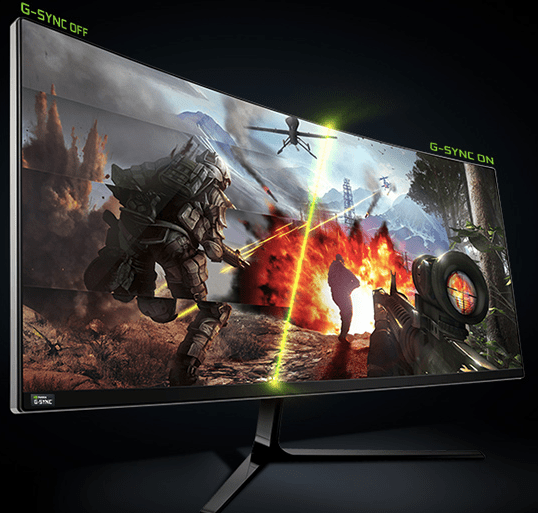 Much like Freesync, G-Sync is a technology established by Nvidia to help you improve the smoothness of your image.Without any adequate synchronization, the screen visuals can start ripping horizontally. This happens because game developers are pushing the hardware to its limits. That also means the PC output might not always match the refresh rate of your display. That’s why Nvidia created G-Sync, to stop this issue and give you the perfect immersion without any tearing or things that stop you.

When G-Sync is active, that means the monitor is becoming a slate to the PC. The GPU is rotating the rendered frame within the primary buffer. Then the display is clearing that old image, and it will receive the next frame. When the framerate tends to go up and down, then the display will render the frames based on your PC and its instructions. The G-Sync boards support a variety of refresh rates, so everything is adjusted based on the situation at hand.

FreeSync vs. G-Sync: What’s the Difference?

The truth is that both FreeSync and G-Sync are created to preventing screen tearing. As a result, there’s not really that much of a difference to think about. However, the thing that differentiates the two technologies is the level of tearing or input lag.

FreeSync is known for supporting a very specific frame range depending on the manufacturer. That can be 40 to 75 Hz, 30 to 144 Hz and so on. That means you are limited by the frame range when you want to use adaptive sync. It’s also one of the reason why FreeSync is less expensive when compared to G-Sync in the first place. G-Sync requires dedicated, proprietary hardware delivered by NVIDIA, and this does increase the costs, not to mention they must go through a very strict certification process. They are also adding other features with G-Sync too, like ghosting removal, motion blur reduction and it also makes it easier to overclock monitors. G-Sync will also deliver lower input lag, whereas FreeSync will not do that! For individual or business professionals, G-Sync and FreeSync both deliver excellent quality.

Both FreeSync and G-Sync are a great fit, depending on how you play and what games you enjoy. Recently, Nvidia has started to offer FreeSync support on their G-Sync monitors, showing that FreeSync might win this battle. With that in mind, both technologies are powerful, and the fact that you can enhance either smoothness or lower input lag helps a lot. But as you can see, usually you have to pick between the two.

Ankit is a software engineer. A pro lover of Technology and tech gadgets. I am a gamer too. Our team is here to help you find the best monitor products to decide which one is best for you.

We use cookies on our website to give you the most relevant experience by remembering your preferences and repeat visits. By clicking “Accept”, you consent to the use of ALL the cookies.
Cookie settingsACCEPT
Manage consent

This website uses cookies to improve your experience while you navigate through the website. Out of these, the cookies that are categorized as necessary are stored on your browser as they are essential for the working of basic functionalities of the website. We also use third-party cookies that help us analyze and understand how you use this website. These cookies will be stored in your browser only with your consent. You also have the option to opt-out of these cookies. But opting out of some of these cookies may affect your browsing experience.
Necessary Always Enabled
Necessary cookies are absolutely essential for the website to function properly. These cookies ensure basic functionalities and security features of the website, anonymously.
Functional
Functional cookies help to perform certain functionalities like sharing the content of the website on social media platforms, collect feedbacks, and other third-party features.
Performance
Performance cookies are used to understand and analyze the key performance indexes of the website which helps in delivering a better user experience for the visitors.
Analytics
Analytical cookies are used to understand how visitors interact with the website. These cookies help provide information on metrics the number of visitors, bounce rate, traffic source, etc.
Advertisement
Advertisement cookies are used to provide visitors with relevant ads and marketing campaigns. These cookies track visitors across websites and collect information to provide customized ads.
Others
Other uncategorized cookies are those that are being analyzed and have not been classified into a category as yet.
SAVE & ACCEPT